If you intend to buy a car to be restored, buy one that has at least the upper parts of the bodywork in good condition: it is advice given to you by someone who has paid (in terms of time, money and headache) the consequences of a different choice.

Indeed, it is one thing to replace the floors, it is quite another to deal with the alignment of the fenders, nose, hoods and so on. This early Giulietta Spider needs a lot of work, but it seems that at least the aforementioned starting condition is met. The seller says the car also comes with its original engine on which $3,000 has already been spent; the seller also says that although the previous owner told him the color was dark blue, the original color should be light blue: we believe him as we don’t know that dark blue was a color available on the first series. We do not know if, and which ones, there are missing parts, however the seller does not seem stingy with explanations. Find it for sale at $21,000 here in Pleasanton, CA. 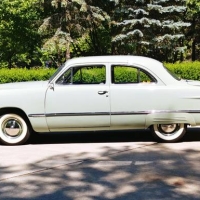