In the early seventies, to cutting edge of the Abarth family was the Scorpione produced in three different versions: “OT1300/124”, S and SS. This car has the SS badge, and that means that this is one of the six SS ever built.

Having the SS badge means that the car has some peculiar solutions: the front suspensions were modified and now they were made by a double wishbone, the track was widened, the engine was modified with the option to install two carburetors instead of one, the engine cooling was moved on the front and so the power rose up to 75 hp.

The power output is impressive on paper, but we’re talking about a 1500 pounds (670 kgs) car with a maximum roof height of one meter, so th epowere is enough to have fun. Let’s add that, according to the seller, this is a one owner, 68,000 kms car, never raced and still with its books, including service. The bad is that all this stuff has a price, quite spicy. Find it for sale at €72,000 (today $84,000) here in Pesaro, Italy. 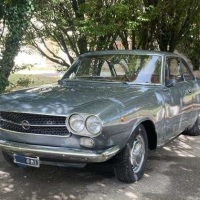 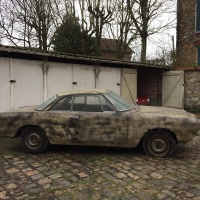