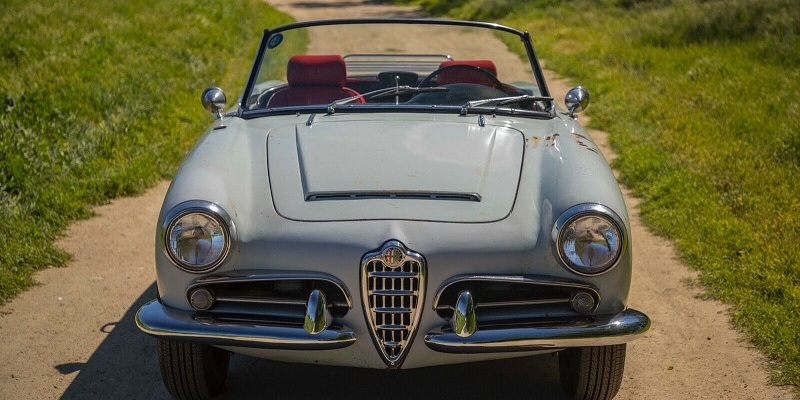 If there is a rare car to find, it is a Giulietta or Giulia Spider in “Barn find” condition that is usable at the same time. This car is titled as 1966 but it actually should be a late ’64 or ’65. 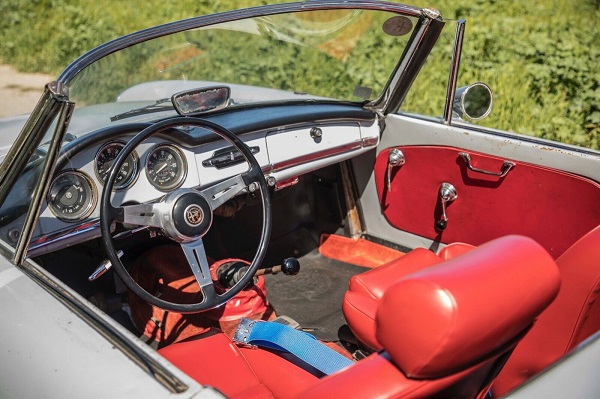 In fact, these cars were generally driven for many kilometers and often, when the car had a problem that required a huge expense to be repaired, they were simply abandoned where it happened. This Giulia Spider instead, was discovered a couple of years ago, overhauled and put on the road again. 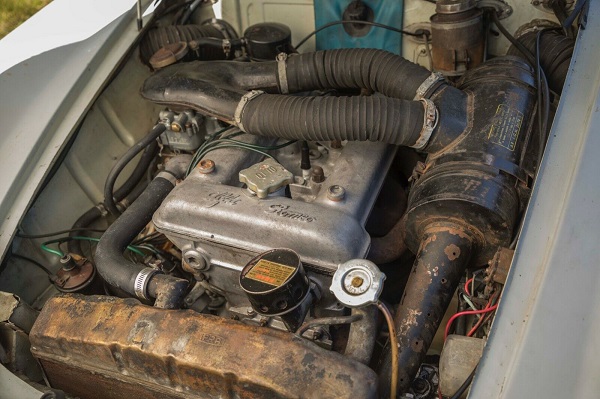 The only thing clearly original is clearly the seats, taken from a 1991 Spider, of the same red color as the original seats which, unfortunately, are no longer there, however finding two of them is not a big effort or a big expense. The body is very dry and the overall appearance very correct, the thing we noticed in the engine compartment, which also looks correct, is an ultra rare “Fram” breather that we saw only once before, in more than a decade. The car therefore received those small interventions that allowed it to be a driver: brake system overhaul, radiator, tires and shock absorbers. Find it for sale at $44,900 here in Venice, CA.