For some time we had not seen a 3.0 CSL on sale, at least not one with a “fair” price like the price of this car.

Of course, given this price level, “fair” may seem strange but anyone who has ever followed the trend of the prices of the BMW E9 series has seen how the price of these cars is sketched in a very short time, and especially for the CSL, the lightened version of the E9 series , which has quadrupled its value over a period of three to four years.

This CSL was set up by race, inspired by the BMWs that competed in Group 1 until the mid 70s, obviously not copying those cars exactly, rather as “Inspiration”: it is equipped with a roll bar while the injection system has been replaced with a set of dual body carburetors. Even the interior is not totally original because the expensive Scheel seats have been replaced by modern race seats, while the wheels are also not original. Find it for sale at € 130,000 (today $ 147,000) here in Lavilledieu, France. 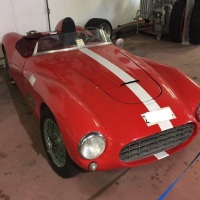