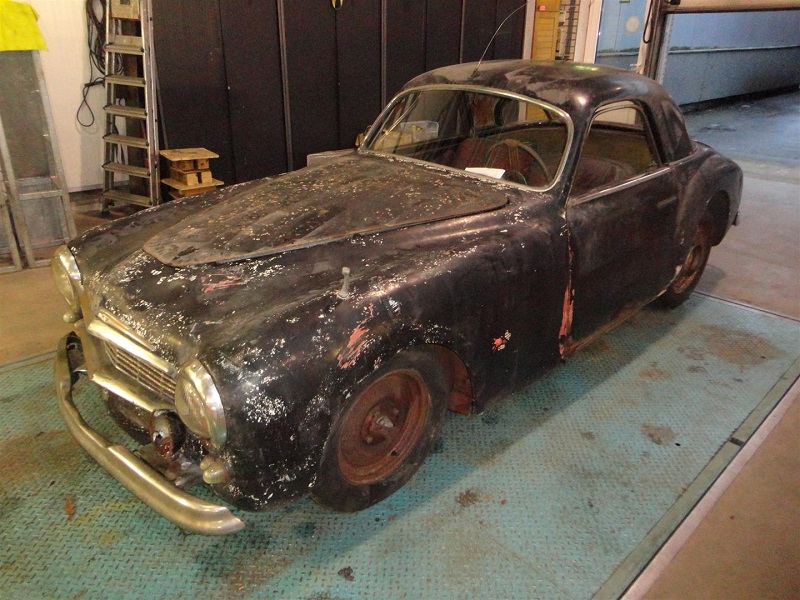 These Simca 8 and 9 once were basically outsider in the classic cars world, however since few years they have regained their proper place in the market as they were rare, cute and properly built.

The design of this cars is Pininfarina stuff but they were actually built by the french Facel Metallon even though their engine was derived by the post war Fiat 1100 unit and that means “rock solid”. The aluminium body means “no rust” but, on the other side, it’s more tricky to fix and only skilled hands can do it.

This particular car comes with all its parts, including two (out of four) Robergel wire wheels and also a couple of period photos of the car before itwas parked for decades in the bar where it has been found. The seller says that the engine runs and that’s a good thing to know, but you’ll have to rebuilt it anyway. Find it for sale at €16,750 (today $19,700) here in De Lier, Netherlands. 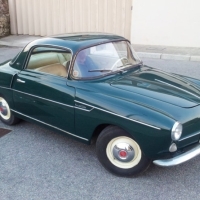 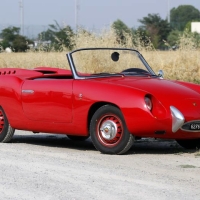 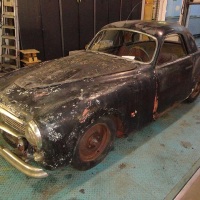