No later than four years ago, a Montreal priced like this one would have been placed at the top-end of the market, now it could be considered as “cheap”. 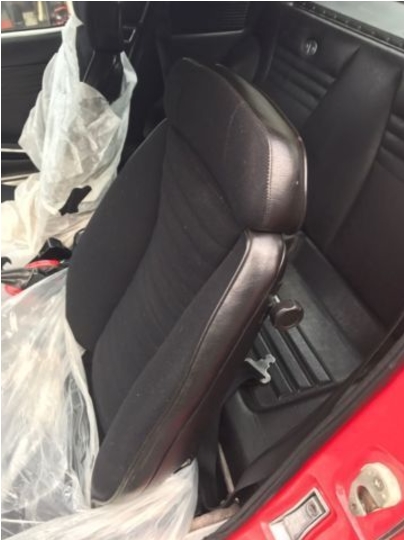 Of course the price reflects the conditions of  a car and, especially for the Montreal, you must pay a lot of attention to the car conditions as many parts of these cars can’t be found in the market, especally if you think of some details like interiors trims or parts like the rear lights or the front eyebrows.

Other parts like suspensions and ancillaries are in common with other contemporary alfas so there’s any problem in replacing it, on the other side the Montreal has a twin Bosch fuel pumps, the same of the Porsche 911S, very expensive to buy as well as the twin Bosch ignition units which are the same of the Porsche as well. The body, on the otherside, is arely a problem as Bertone did a proper anti-corrosion treatment on them. The photos here are not made in a good quality but the car looks honest without any apparent big flaw: the seller says something about a “back damage” but the potos don’t show anything. Anyway, at this price, you still have room for some improvements. Find it for sale at €47,000 (today $52,500) here in Solingen, Germany.

Gallery | This entry was posted in For Sale, Italian and tagged 1971, alfa romeo, montreal. Bookmark the permalink.