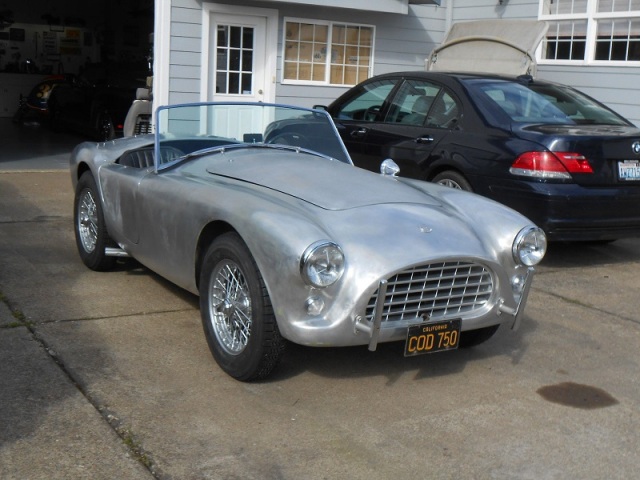 The mother of the Shelby Cobra was not born with a V8 inside but with a sophisticated inline-six, twin cam engine like the one which pushes this car (chassis #BEX1071) which is said to have been off-road since 1978.

As you can see the body is made of aluminium and, during the restoration project (not yet finished) it has been left without paint: we appreciate the bare aluminium under the sun but generally speaking we don’t like unpainted cars.

The seller says that both engine and transmission have been fully rebuilt with new, top notch components as well as the chassis which has brand new suspensions, the car has also a factory hardtop along with the correct soft top: basically the seller says that most of the parts used to restore it are n.o.s. and that’s a very nice choice. Last but not least, the CA black plate is always an eye candy on these cars. Find it for sale here in Salem, OR, with bidding at $40,000 and reserve not met.

Gallery | This entry was posted in British, For Sale and tagged ace, bristol, cobra, roadster. Bookmark the permalink.