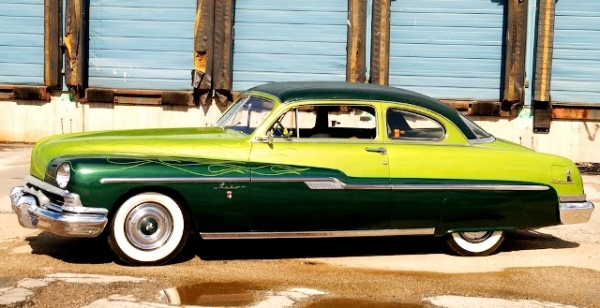 It’s not a sacrilege to affirm that people like George Barris, Ed Roth, Darryl Starbird, Dean Jeffries and few other have been for the U.S. car culture what Pininfarina, Bertone, Boano etc. have been for Europe. Of course back in the early fifties U.S.A. and Europe were two different worlds with different needs so the creations from both worlds respited a lot. 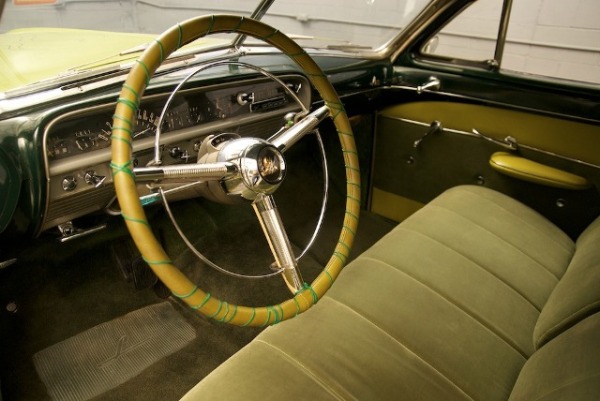 Indeed while the European (mostly Italian) coachbuilder often worked upon commission by manufacturers like Alfa Romeo, Lancia, Fiat etc., american customizers worked basically on demand; some customers asked for a full custom job while other people wanted just a special paintjob: this ’51 Lido Coupè is one of these job as it looks most original with the exception of few details.

This creation is what is called a “mild custom”: few touched which leave the original character of the car untouched; these are actually the custom we like most. This car is said to have belonged to Barris himself since 1970 when he purchased it from the original owner in San Francisco and then he customized it together with his lead painter, Roy “Tubs” Johnson: this last purchased the car once finished. The car, in extremely good conditions, comes with a Barris certificate of authenticity, many original stickers and books. Do not miss it. Find it for sale here in Saint Luis, MO, with bidding at $2,000 and reserve not met.

Gallery | This entry was posted in American, For Sale and tagged 1951, barris, coupè, custom, lido, lincoln. Bookmark the permalink.