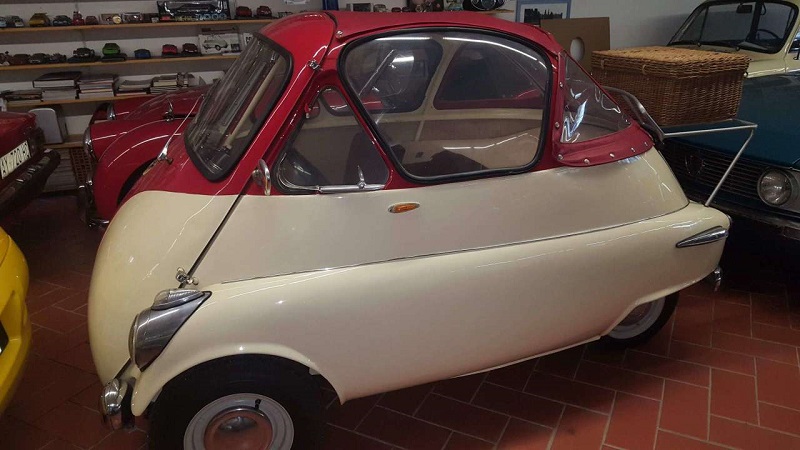 It is not easy to find an Isetta for sale, although apparently there are many: in reality almost all of those for sale are BMW.

This is still an Isetta, produced by the ISO before the latter granted the production license to the Munich-based factory, and if you do your checks you will see that there are few, very few, around, because in Italy sales of this microcar they never took off, despite the reliability demonstrated also thanks to participation in the 1954 Mille Miglia.

In any case, in addition to the badge, the ISO also presents quite obvious differences compared to BMW, first of all the headlights that, on the ISO, are positioned at the bottom and have an unpainted aluminum shell, the ISO also has a different rear hood plus several small details. But here’s the catch: the engine of this Isetta has been replaced with that of a Honda CB Four 400; this means that now this isetta has 37 hp instead of 9.5, so it is much faster than before (the car weighs 350 kgs – 772 lbs) but much less original. Find it for sale at €29,000 (today $32,500) here in Firenze, Italy.