There is only one XJ13 built by Jaguar in 1965 in order to participate (and possibly win) in subsequent editions of the 24 Hours of Le Mans, but that never happened.

It never happened for a number of reasons: the difficulty of developing the car, combined with the lack of interest of the top management of BMC (which became the owner of the jaguar from 1966) meant that the project was slowly abandoned, even if by now the The car was running in all respects – The epilogue was the accident during a shooting session in 1971: the car, driven by Norman Dewis – Jaguar’s chief test driver – crashed into a retaining wall and was severely damaged: the existing one is the same even if rebuilt, and it also appears that it has several differences compared to the one that came out of the Coventry factory.

Therefore, since there is only one in the world, and also being jealously guarded by the owners who have already declined a millionaire offer a few years ago, you cannot have one unless it is a replica. In this case it is a roller built by RCR: the fiberglass body is evident as is the aluminum body on which suspensions, a V12 Jaguar engine and a Porsche transmission are already installed. A lot of work is still missing but the result could be truly remarkable. Find it for sale at $60,000 here in Miamitown, OH. 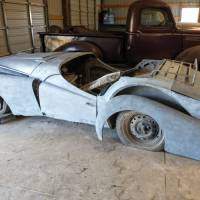 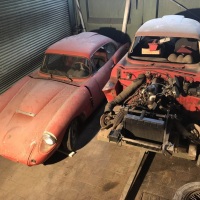 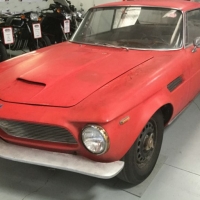